Though there are many fine film-era manual focus lenses available and corresponding adapters to the Sony NEX system, the Olympus OM Zuiko lenses seem particularly well suited to the task. The OM system built a reputation as a very compact, portable system in it's days. As a result, there are some very compact, high-quality OM lenses available in the used market. Portability is one of the main reasons I bought the Sony NEX-5N, so this was definitely a strong point in favor of the Zuiko lenses. But the lens size is not the complete story when adapting one to the NEX system. As shown in Figure 1, the Fotasy NEX to OM adapter also adds to the total size of the package. Unfortunately this is unavoidable regardless of the adapter used, since it must keep the right distance from the lens to the sensor. However, the result is still a very compact 50mm f/1.4 lens solution. Compare it to most f/1.4 lenses from other vendors such as Canon or Nikon and this becomes apparent.

Finally, the filter size in this class of Zuiko lenses is 49 mm which is very convenient because it matches the filter size of most NEX lenses, including the 18-55 mm kit lens that comes with the camera. This means you only need to buy one set of filters (or a single 49mm step-down adapter in case you already invested in larger filters, like I did).

One thing that immediately impressed me in these "old" lenses was the construction quality. If you are used to the mid-range lenses in the Canon EF system, which are mostly plastic these days, the difference is like night and day. The Zuiko lens features all-metal construction with a nice aperture ring and a wonderful "buttery smooth" focus ring. It just feels right. It feels like a Canon "L" series lens but without the ridiculous price tag. As shown in Figure 2, the lens and adapter are a good match aesthetically to the NEX-5N, especially if you buy the black version of the camera as I did. It's a beautiful thing:)

Downsides? Of course you lose auto-focus and automatic aperture control. For some types of photography this can be a big deal. If you're into sports or bird photography or any other type of photography requiring very fast response, this lens is not for you. But if you aren't, this is not a big deal. I shoot in Aperture priority most of the time, so having the aperture ring in the lens is actually a better experience for me than changing the aperture in the camera. And while manual focus can sometimes be slow, the Sony NEX-5N includes this very clever "focus peaking" feature that makes it much easier to manually focus. It's the best manual focus aid I've seen in any camera, and I'm surprised others haven't thought of it as well (maybe Sony patented it). It basically works by coloring the in-focus areas of the image bright red as seen in the LCD screen. You turn the focus ring until you see the area you want in focus turn red. It's simple, and it works remarkably well. 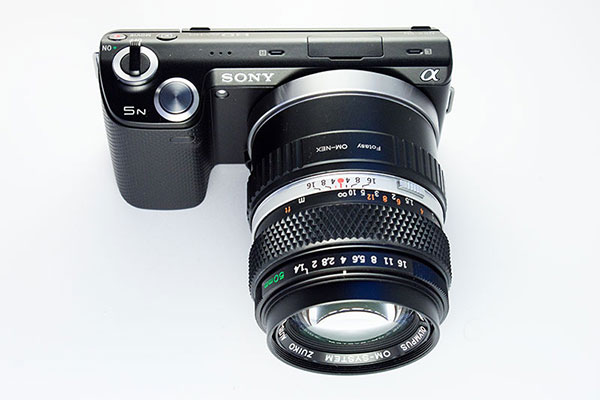 No, this doesn't involve freezing your camera or lens. The "freezer test" is the not-so-scientific name I give to a simple sharpness test I perform every time I buy a new lens. It consists of placing the lens and camera on a tripod, manual focusing on the fridge in areas of detail (papers, magnets etc) and then shooting at various apertures to see how the lens performs. Most lenses have a "sweet" spot around two-stops from wide open, so with a f/1.4 lens the sweet spot is expected at f/2.8, and with a f/4 lens at f/8, etc. As shown in Figure 3, the G-Zuiko 50mm f/1.4 is no exception to this "rule". These are 100% crops of both the center and the corner of the frame (where lenses are usually weaker). 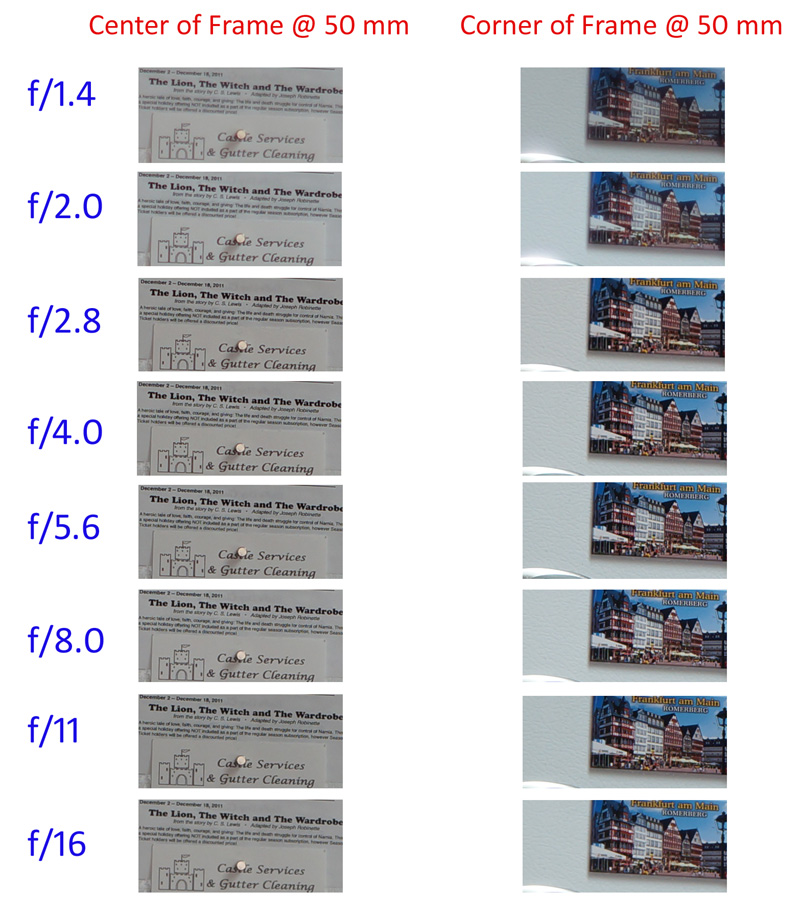 To my eyes, it looks like the best performance is achieved at around f/2.8 or f/4 and remains very good up to f/11 where diffraction starts to take its toll and degrades the image quality again (minimum aperture for the Zuiko is f/16). Notice also how f/1.4 is a bit soft and hazy. This is often OK for portraits where some softening of the skin is not such a bad thing. But if you want peak performance from this lens, just stop it down slightly and sharpness will be much better. All in all a very impressive performance. But beyond test shots, how does it actually perform in the "real world"?

A 50mm lens on a crop-sensor is a good portrait lens so naturally two of my three examples below fall under this category. Figure 4 is a photo of a friend's pet - "Luna"; one of my favorite dog portraits so far. Notice the very shallow depth of field resulting from shooting wide-open at f/1.4. With this type of shot, the sharpness (or lack thereof) at f/1.4 actually works for you as it imparts a "dreamy", more intimate look to the photograph. The challenge with this type of subject is keeping them still (good luck!) so be prepared to shoot a lot of photos. At close distances, it is sometimes faster to just keep the focus ring at a fixed setting (focus distance) and move the camera slightly back and forth to achieve the desired focus point. In portraits, it is important to get the eyes in focus if nothing else... 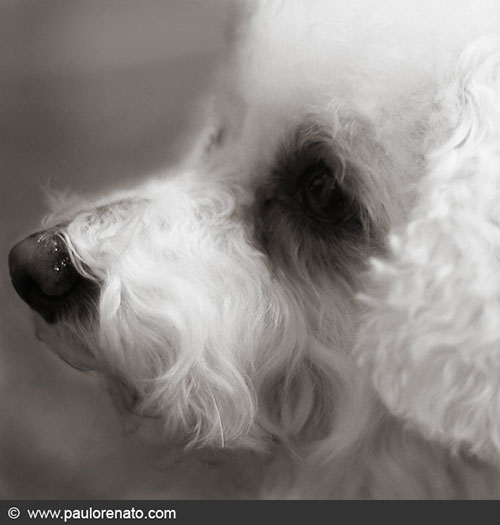 Figure 5 is one of the first shots I took with this camera and lens combination. It's more of an abstract study and in this case there was no problem in keeping the subject matter still (chairs are notoriously obedient creatures). I focused on the single spot on the top of the chair to make it pop-out in the composition, almost as if it disn't belong to the chair. Shallow depth of field can create such illusions. 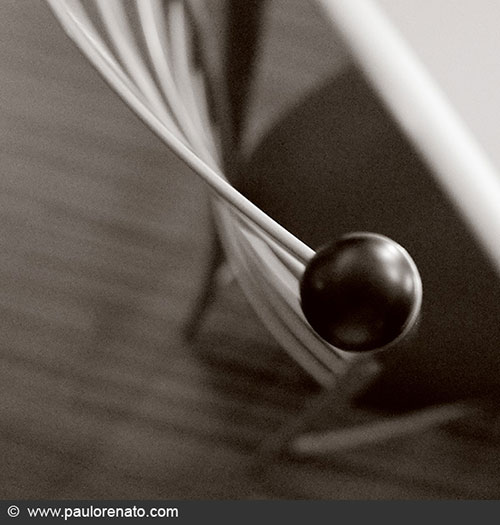 And finally Figure 6 is probably my favorite shot of all from my recent trip to the Philippines. It was taken from inside a moving van as we cruised through a busy market in Baguio City. In this type of situation, your technical challenge is not low ambient light (it was a sunny, tropical afternoon) but rather shutter speed. This is another area where a fast lens is invaluable because, by setting it to a wide-enough aperture (f/4 in this case), you get a very fast shutter speed which helps "freeze" your subjects even when shooting from a moving van. I find the man's expression while holding his young kid in this photo very moving. It's the kind of photo I treasure, and that this type of lens makes possible... 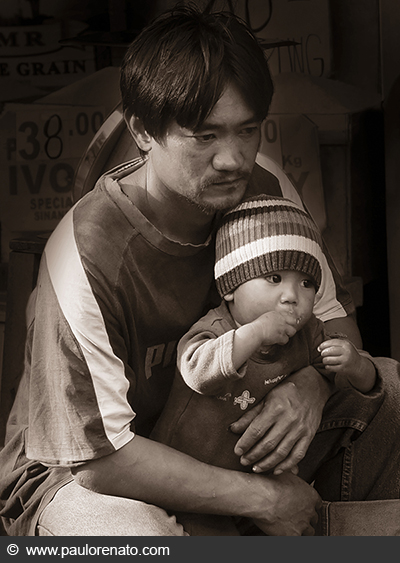 UPDATE: Check my video review of the f/1.8 version of this lens on the PAULORENATO.COM Photography YouTube channel: